Join G.E.M.s: (Give. Every. Month.) to support pediatric cancer research

Give. Every. Month. to support pediatric cancer research

Joe Restaino passed away in 2010 at the age of 20 after battling a rare pediatric cancer called osteosarcoma. He lived a big, beautiful life but it was way too short.

One of the most powerful ways to support Joedance Film Festival is through joining a group of donors who are collectively propelling the mission of Joedance forward: G.E.M.s (Give. Every. Month.) Through regular and consistent donations Joedance as an organization is better able to advance the care for pediatric cancer patients at Atrium Health Levine Children’s. Your monthly donation supports vital research that can help create better outcomes for those children in their fight with cancer.

In 2020 Joedance Film Festival engaged with regional filmmakers and patrons across the country and brought the films into the homes of many. Virtually, patrons logged on at a rate of over 92%. In December 2020 Joedance presented Levine Children’s with a gift of $50,000. The organization made new strides in their fight with pediatric cancer by funding the salary of a Research Technician at the Pediatric Cancer Research Lab as well as contributing to a clinical trial for recurrent osteosarcoma.

In 2021 Joedance Film Festival looks forward to bringing the Fourth Ward festival event experience into the living room of new and loyal patrons. The G.E.M.s play an important role in meeting and surpassing the overall goal of raising $24,000. In 2021 we aim to grow the network of G.E.M.s donors to 121 individuals and families, about 10 new monthly donors per month. Starting at $5 per month YOU have the power to create real change in the lives of pediatric cancer patients at Levine Children’s. Your donation does more than provide funds. Your monthly gift honors Joe and his 1,468 day battle with cancer.

Does your company offer matching gifts? Many corporations will match their employees' charitable giving. Some examples include Bank of America, Duke Energy and TIAA. Submit for matching funds and double your donation. 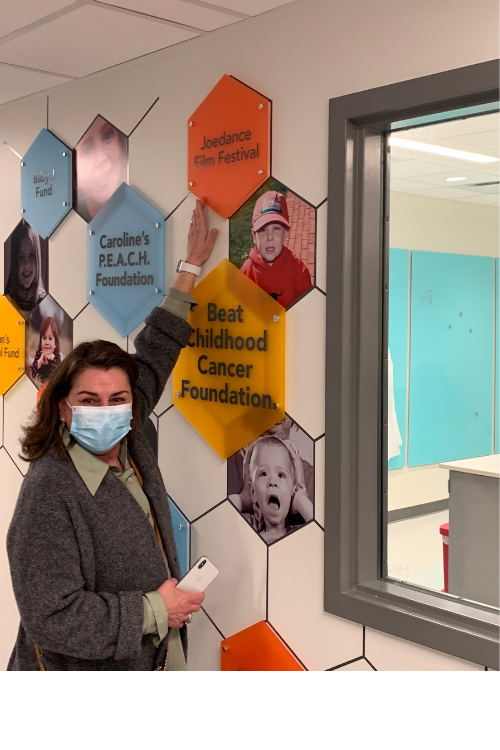